Supported by a ten-year gift from TD Financial Group, the York University-TD Community Engagement Centre (CEC) was created to establish “the foundation for a highly visible pan-university teaching, research and resource facility that will benefit students, faculty and the community-at-large”  within the Black-Creek community.

Upon announcement of the gift award in 2006, a comprehensive consultation and planning process was undertaken in 2007 resulting in the identification of the following primary purposes of the CEC:

The CEC was officially launched in September 2008 alongside the launch of the President’s Task Force on Community Engagement.  While originally housed within the Atkinson Faculty of Liberal and Professional Studies, responsibility for the CEC was transferred to the Vice-President Academic & Provost in 2009 (reporting to the Vice Provost Academic). 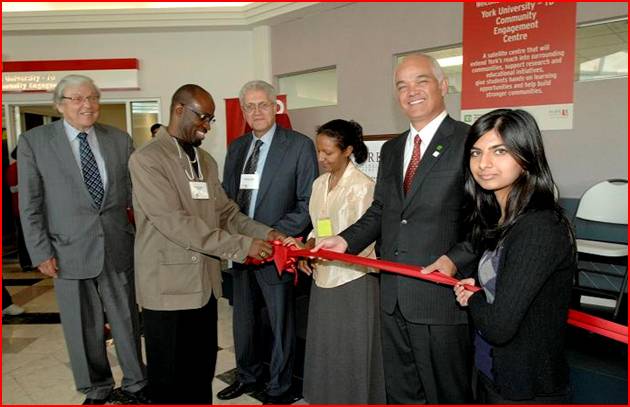 To learn more about the CEC, read the Annual Reports.

There are no upcoming events.